I first heard about the Pishtacos just over a year ago when I was in Tingo Maria. The girl who told me this story (who later became my girlfriend, despite her tall stories) assured me that it was true. Needless to say, I’ve been pulling her leg about the Pishtacos for the last year or so – at least up until the last few days.

She told me that these men, these Pishtacos, abducted travelers on lonely roads, killed them, and then hung them upside down over a flaming candle in order to slowly extract the fat from their bodies. This valuable fat was then sold to major airlines as a lubricant for their aircraft.

Now, would you believe that?

The Peru Pishtacos – Myth or Reality?

Well, imagine my surprise when I stumbled across a breaking news article on the BBC website: “Four people have been arrested in Peru on suspicion of killing dozens of people in order to sell their fat and tissue for cosmetic uses in Europe.” The Pishtacos, it would seem, have passed from myth into reality.

This gang, supposedly, have been operating in Peru’s Huanuco department (where Tingo can be found) and have apparently been killing for human fat for the last 30 years. The similarities with the ancient Peruvian myth are nothing short of bizarre.

Equally baffling is the absence of any black market for human fat. Supposedly, these Pishtacos are operating through Lima and selling on the human fat to European cosmetics manufacturers. The abundance of human fat available from medical sources would normally make this illegal trafficking obsolete. Quite how these Pishtacos are making enough money to warrant 60 (at least) murders is yet to become apparent.

The hunt continues for the other gang members (including two Italian nationals) and the buyers themselves.

Update 22nd December: Attention is now focused upon the Peruvian police . It is claimed that the police used the story of the Pishtacos to cover up an earlier incident involving illegal killings carried out by the law enforcers themselves. The story gets stranger each day….. 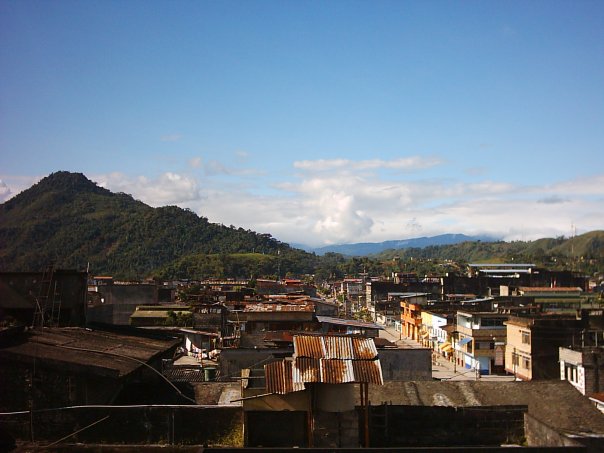