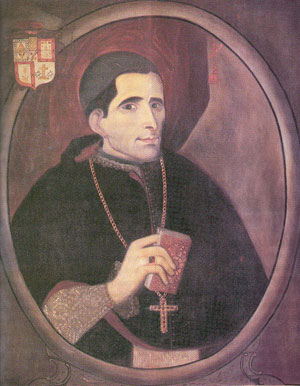 Baltazar Martínez de Compañón was born in Cabredo, Navarra, Spain in 1737. Having become a man of the cloth, he traveled to Lima in his early thirties with the blessings of Charles III. By 1778, he had been appointed Bishop of Trujillo and, in 1782, founded the fledgling settlement of Tarapoto, Peru.

The honor of founding this jungle town in San Martin was by no means the defining moment in the interesting life of Martínez de Compañón. His contribution to the preservation of Latin American music and the recording of contemporary life in Peru cannot be understated.

In the three years between 1782 and 1785, Baltazar Martínez de Compañón made touring his diocese a priority. Along with the records of his official visits, he oversaw the creation of the nine volume Trujillo de Peru collection. The collection features a detailed map of his bishopric as well as more than one thousand illustrations of daily life, cultural events, architecture and nature.

The Music of Martínez de Compañón

Around twenty musical works were also recorded within the Trujillo de Peru codex, musical scores which otherwise would have been lost to history. The collection, currently housed in the Biblioteca de Palacio in Madrid, provides a unique insight into Peruvian life during the last few decades of colonial rule.

Baltazar Martínez de Compañón later took up a position in Bogota where he died in 1799.

For more information about the Trujillo de Peru codex and the musical works recorded by Baltazar Martínez de Compañón, have a look at the voiceoflyrics website.