Things to Do in Tarapoto – Jungle Jet Skiing? 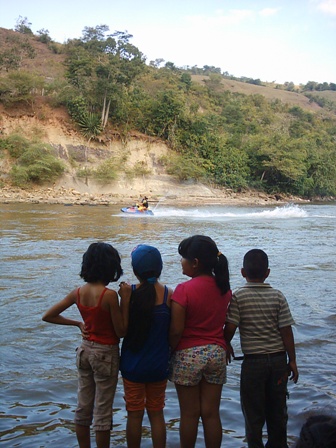 We went to Cuñumbuque a few days ago, a small town about half an hour away from Tarapoto. The plan was to go swimming in the river before watching the motonauticos. To be honest, I wasn’t too sure what that meant, but it sounded strangely like jet skis….

Cuñumbuque is a nice little town and the river there is wide and good for swimming, at least in parts. You need to be a bit careful with the current or you could soon end up 10 miles downriver. Anyway, we were swimming and talking and eating giant juanes as you do on these occasions. The fabled motonauticos (which were indeed jet skis) were running about 5 hours later and people were beginning to question their existence.

So, having had a few beers and forgotten about the jet skis, everyone down by the river was nice and relaxed. Until, that was, 5 jet skis came shooting round the bend in the river, forcing everyone to flee to the banks (kind of like in Jaws when the shark is sighted).

The jet skis shot up and down the river, pulling a few tricks and occasionally wiping out, much to the enjoyment of the gathered crowd. It was a surreal sight, sat there in the jungle watching these things fly by. But you have to give the riders credit; they put on a good show and even took people for rides at the end.

A Regular Tarapoto Event in Cuñumbuque and Beyond

Apparently, these guys do this quite often on various stretches of river around Tarapoto. Sometimes there is an admission fee to go watch them, but otherwise it’s free. I’d seen a jet ski before in the grounds of the Punta Verde resort – it turns out that the owner of the resort (or a family member, I’m not sure) was one of the guys at Cuñumbuque. It doesn’t seem to be advertised or anything, so if you want to see them putting on their show it might be best to head down to Punta Verde and ask about it.

It may not make for the most tranquil jungle river experience, but it’s a good excuse to head down to the river for the day. 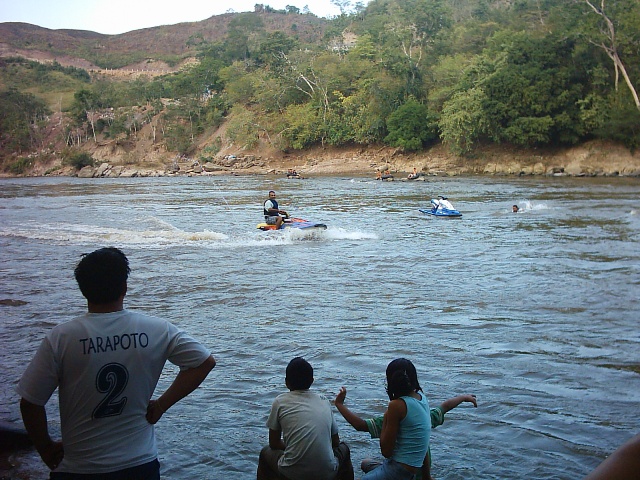