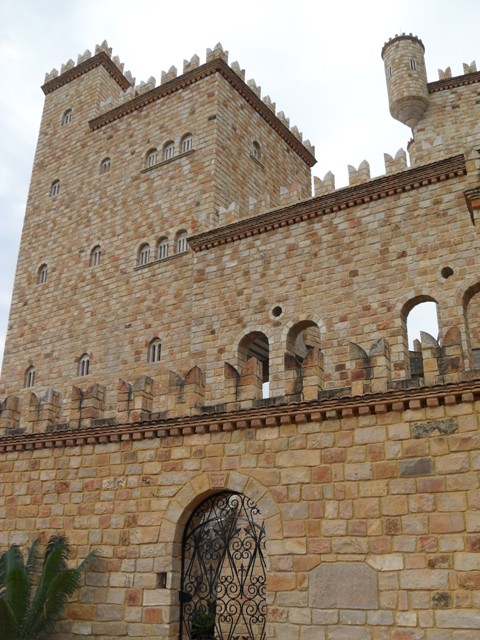 Lamas, located about 22km away from Tarapoto, is a small town known for its indigenous heritage, cultural significance and historic importance. Now, let me ask you: does this sound like a good place to build a great big replica medieval castle in the European style…?

OK, I went to Lamas a few weeks ago on my way back from Chachapoyas. It was ridiculously early in the morning but my driver, a proud Lamista, wanted to show me his town (and he had to go see his mum). One of the places he wanted to show me was the castle. I’d heard that an Italian had built a castle in Lamas and, needless to say, I was intrigued.

I was expecting something on a small scale. I was wrong – it’s big. It’s an impressive sight up close and the guy has built it really well. It looks all shiny and new at the moment but it has a certain authenticity about it.

It was too early to actually go in, but after 9am the place opens up to visitors (S/.5 I think). We walked around the sides a bit and Fredson (the driver) told us a bit about the construction (one of his relations had helped build it apparently).

The Castillo de Lamas from Afar

So far, so good. So we moved on further into Lamas, closer to the main square. You can see the castle from the centre of town…. Yes, you can certainly see it and, in my opinion, it’s not so pretty from a distance. This is my one problem with the Castillo de Lamas. If it had been built away from the town, up on a hill surrounded by trees, it would be great. Jutting out from one of the region’s most culturally and historically significant settlements is a different story altogether. 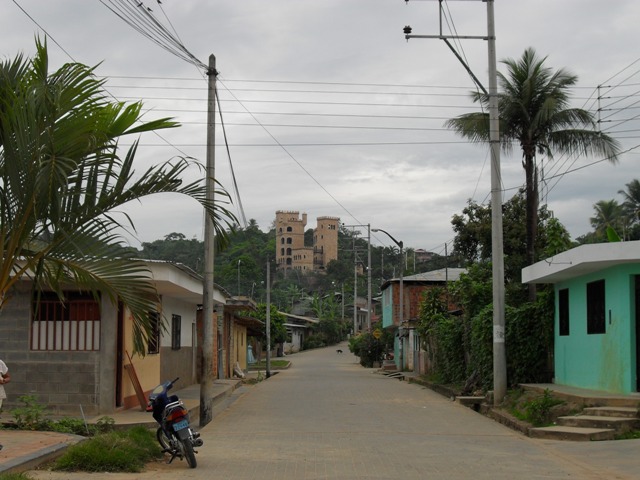 According to my driver, the castle is pretty popular with the locals. I guess that’s what matters the most. It’s another attraction to add to those already present in Lamas so it will be good for tourism.

Castillo de Lamas – What Do You Think?

I don’t have any major problems with the castle; it just seems to clash with what Lamas is traditionally about. Anyway, that’s my opinion. If you’ve visited the castle then feel free to add your own opinion in the comments section. It would be interesting to hear what other people think about the Castillo de Lamas….