Northern Peru Earthquake – Stuck in Bagua on the Way to Tarapoto 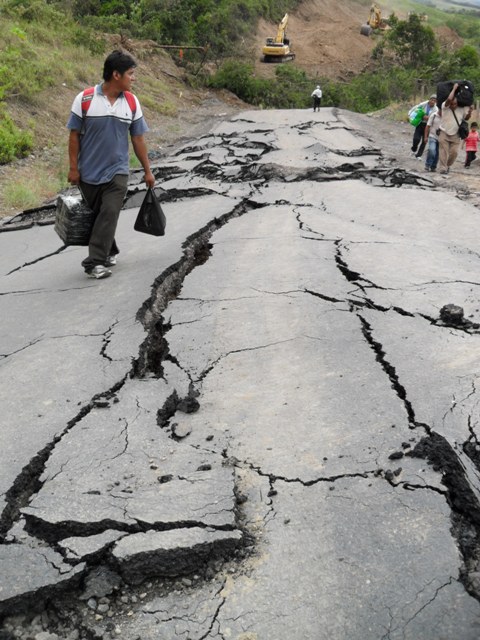 I got home last night having been stuck in Bagua Grande behind the wreckage of the recent North Peru earthquake. The earthquake, which is reported to have measured 6.4 on the Richter scale, was felt throughout the region, form Tarapoto to Moyobamba and on to Pedro Ruiz and Bagua.

The earthquake triggered a massive landslide between the towns of Bagua and Pedro Ruiz, sweeping away about 1km of the FBT (Fernando Belaunde Terry) road. The destruction of this stretch of road has effectively severed road transportation between the north Peruvian coast and towns such as Chachapoyas, Moyobamba and Tarapoto.

Estimates vary greatly as to the expected repair of this section of highway – 7 days was being mentioned, but to me that seems incredibly optimistic. Crossing on foot remains the only option for now; if you are planning on making the trip then prepare for a long walk and take as little baggage as you can.

Military personnel were blocking off traffic for a few kilometers either side of the landslide and passenger transport was limited at best between Bagua and Pedro Ruiz (we were lucky to get a ride on the back of a motorbike from the landslide to Pedro Ruiz – others had to walk 4 or 5 hours to get to the town).

We left Lima by bus with Movil Tours and arrived in Bagua approximately 8 hours after the earthquake. Staff at the Movil Tours terminal in Bagua didn’t seem to know what to do with their passengers – some slept in the bus until the next day (when the military began to let people cross the area on foot) while others stayed in hotels or returned to Chiclayo.

Despite the chaos in the terminal and the numerous accusations and claims for refunds, Movil actually served their passengers quite well (in my opinion) by having a bus waiting in Pedro Ruiz to take their ticket holders onto their final destinations.

Again, if you are planning on travelling by bus to any of the destinations along this route check the current situation well in advance and try to get more than one opinion as to the present nature of the affected area. If you are travelling light then crossing on foot is an option. Otherwise, you might be better off waiting for a few days (weeks?) or flying between Lima and Tarapoto. 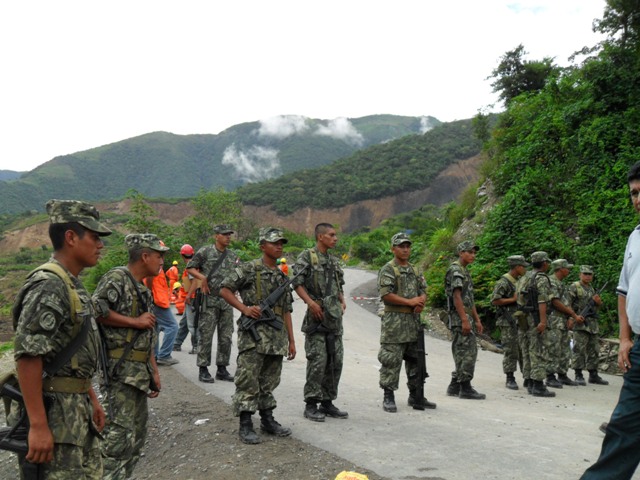 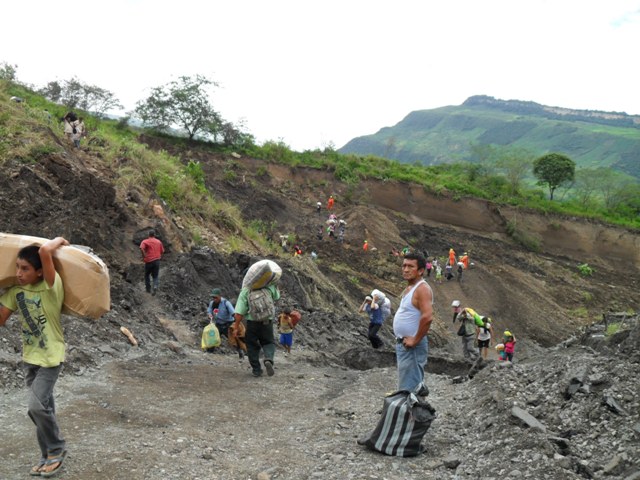