Colourful street parades happen every now and then in Tarapoto, but they seem to be organised covertly, springing themselves upon the population without any prior warning. I, at least, rarely seem to know in advance. It’s kind of like the jet skiing in Cuñumbuque – you’d never know it was happening unless you accidently stumbled across it or someone happened to mention it to you. It would be great if the tourist information office in the main square had some kind of board outside with a list of upcoming events. That, however, may be asking too much… 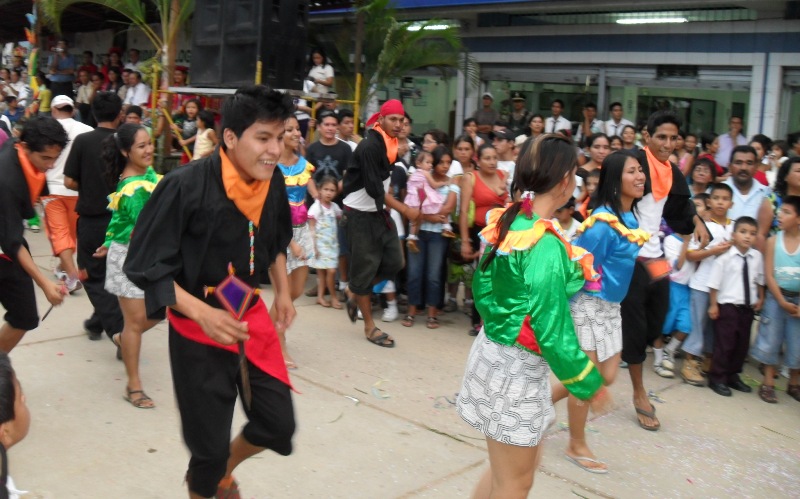 I got a tip-off about today’s street parade – normally I get caught up in them by accident on my way to the supermarket. I’m still not too sure what the occasion was all about to be honest. It seemed to be college students and school kids promoting their various institutes with an added environmental theme – national or regional environmental day perhaps?

Anyway, it was a colourful affair with plenty of traditional dress and regional dances from both the jungle and further afield. I kind of like the way these things just seem to happen without any great deal of advertising or forewarning. However, it does sometimes make me wonder how many other events happen around here that I, and presumably a few other people, never even hear about…

This time I had my camera ready, so I managed to take a few photos. It always makes me laugh when I start taking pictures – there seems to be one character trait that all Peruvians share: striking a pose as soon as they know they are in front of a camera. Tarapotinas are certainly no exception. 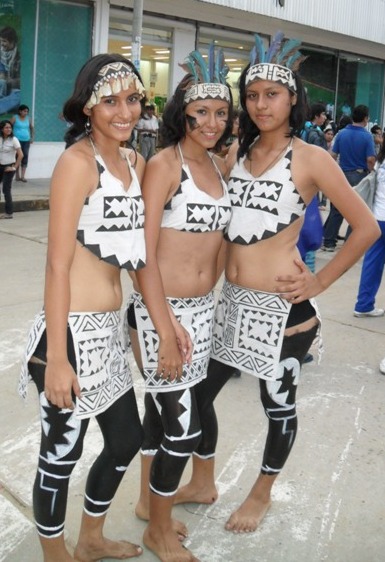