The armed forces of San Martin flooded the streets of Tarapoto on July 27th, the day before Peruvian Independence Day. The Tarapoto parade was quite a militaristic affair – even the school and college kids were marching along in well-regimented fashion. Despite the grey skies and fine drizzle, it nevertheless proved a good opportunity to take some photos of the various police and military forces of the region (and some slightly bored looking students). 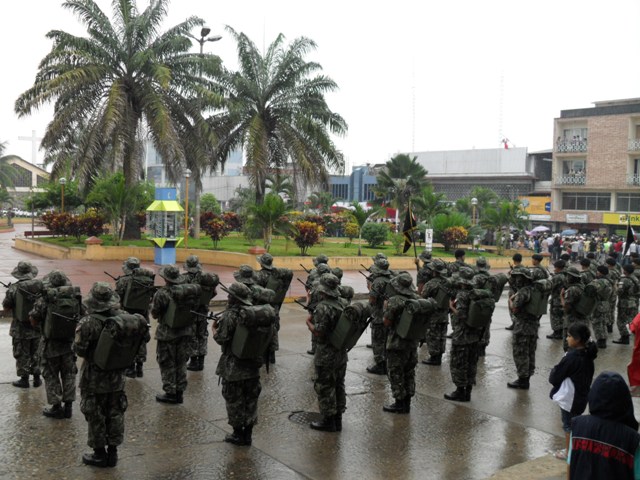 The Independence Day parades began with a variety of different military regiments gathered in the main square. The soldiers all stood tall while the national anthem of Peru was played, after which they began to march from the square. 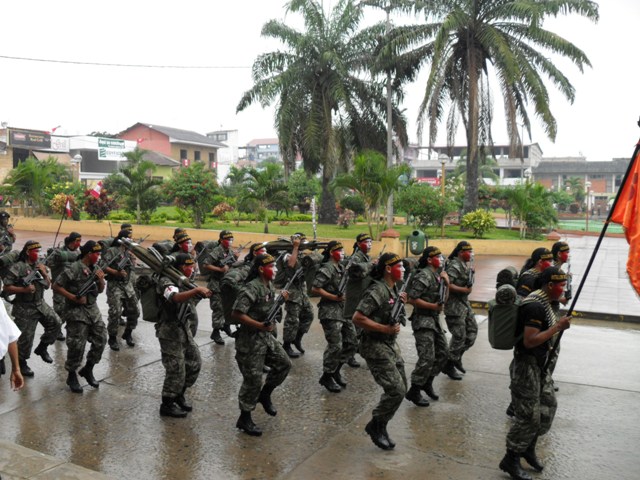 These guys were particularly pumped-up by the whole event. They looked quite menacing until they broke out into a half-running, half-hopping stride and flew off down the street in double-time, never to be seen again…. 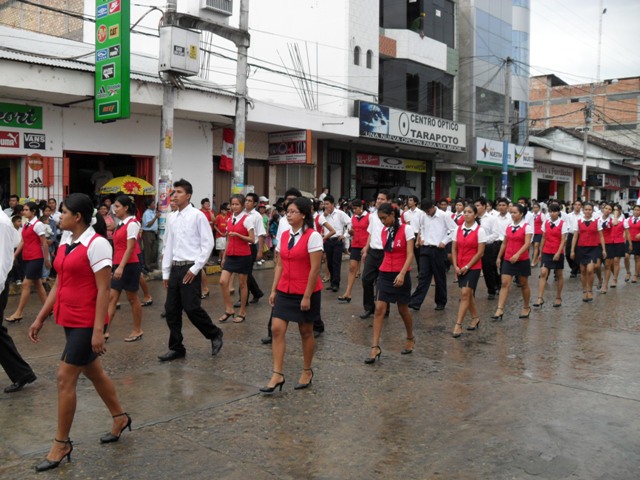 The students from the MIT institute didn’t seem quite as vibrant as normal. The guys looked particularly bored, and the girls were definitely not impressed by the rainy conditions. 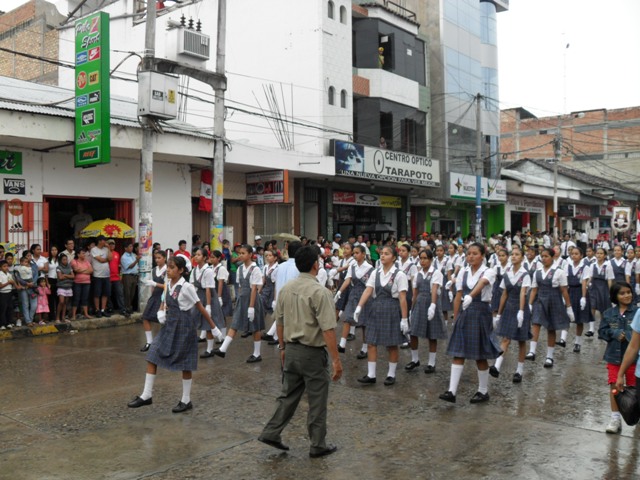 These girls looked terrified. Their professor (foreground) was a far tougher drill masters than his military counterparts. Chin up, eyes front, legs and arms straight as an arrow. This is the kind of teacher that the English education system is in desperate need of…. 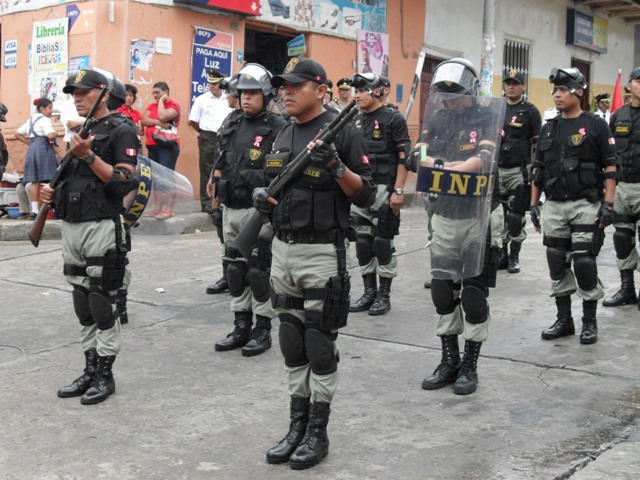 These friendly looking fellows are from the Instituto Nacional Penitenciario (INPE), or the National Penitentiary Institute of Peru. Generally fighting the forces of evil under the banner of the Peruvian Ministry of Justice, today they had turned out in small numbers for a gallant march through Tarapoto. They were almost last in the parade, sandwiched between what appeared to be the girl guides and a quartet of scantily clad baton twirlers. Needless to say, they were not happy.