Living in Peru and the Delights of DIGEMIN 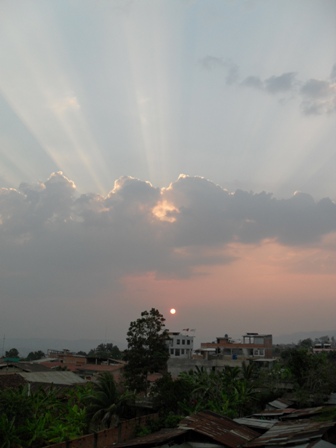 A couple of regular TarapotoLife readers have noticed that I’ve been absent for a while (Vincent, Michael, thanks for getting in touch!). Well, I think I’m officially back. It’s a pleasantly fresh day here in Tarapoto, the little kids in the nearby kindergarten are screaming merrily and I’m planning on buying tickets for Saturday’s Miss San Martin beauty contest. What could be better?

Part of my absence was due to a brief trip to Lima. I had to go to the immigrations office in Breña to pick up my resident card, a process that should have been quite simple but still managed to take about 5 hours (the entire process took more than 6 months).

Getting stuff done in the DIGEMIN office (Dirección General de Migraciones y Naturalización) is kind of like a lottery. Sometimes things go smoothly, a simple in-and-out operation; sometimes things don’t seem to go anywhere at all. Queuing is a grand test of patience, especially when you know that the only person who really knows what they are doing is sat at the end of the line. The free-floating “administrators” are just quite random, really. They wander about the third-floor, where we gringos are sent to “get legal,” pointing at things while trying to straighten already perfect queues. 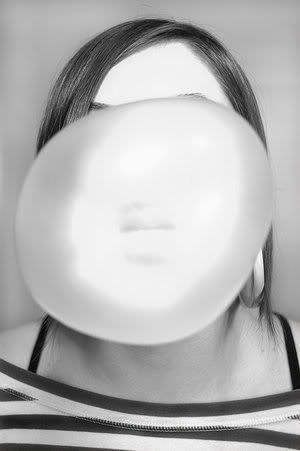 While I waited in line, one of these roaming official-types slowly began to drive me insane. She was young, rather large, and dressed in a fetching, if tight-fitting, uniform (I honestly couldn’t say what her job description was, but she seemed to enjoy her work). Her professional appearance, however, was tainted by her fondness for bubblegum.

She stood next to our static queue, occasionally telling us to back-up or move forward, while blowing pink globes from her bright red lips, then letting the whole thing deflate all over her face with a satisfactory “POP!” After an hour waiting in line, that popping was accompanied by the grinding of my own teeth. I’m a pretty patient guy, but every “POP!” was like a Big Bang of bureaucratic inefficiency. Bear in mind that there were only four people queuing up in front of me, and the guy we were all waiting to see, the Director General or whatever he was, seemed to be playing Spider Solitaire on his computer.

Anyway, I managed to take my turn after about an hour and a half. Naturally, there was one form that I had overlooked (formulario F00000000007.a or something similar). I was told to go pay for that form downstairs, so I had to take my place in the Banco de la Nación queue before starting the whole process again. “POP!”

I can’t really complain. I left DIGEMIN with my resident card in hand, so I’m finally a legal Englishman in Peru. Believe me, it was a good feeling to get all that done, having jumped through plenty of hoops on the way. The whole process was also quite a drain on my finances (meaning an increased push towards non-TarapotoLife, paid writing work), as nearly everything had to be done in Lima. Anyway, now I can kick back in Tarapoto and forget about all that stuff, at least for now. I felt bad neglecting this little blog, but now I should have more time to keep things fresh….

A quick note of thanks to Ruud, The Ultimate Peru List and the ExpatPeru forums for helping steer me through the whole process. Cheers!