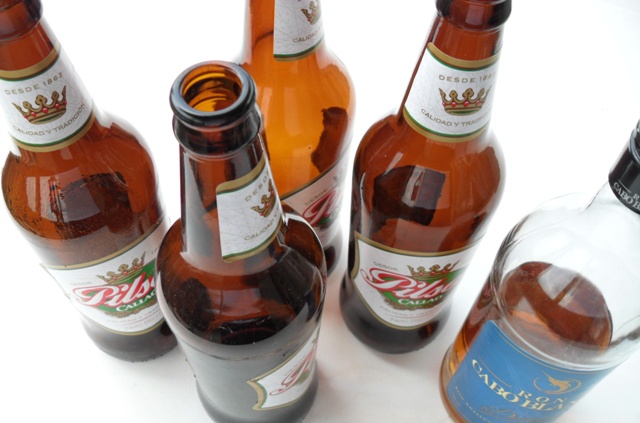 OK, so it’s not that bad, but hangovers really do wipe me out these days. I used to shrug them off with relative ease, but since moving to Tarapoto my recovery time has really gone downhill and the entire “day-after” gets wasted in heavy-eyed oblivion. Why? Well…

Firstly, I’ve probably just about reached that point where I can say ridiculously obvious things like “I’m not as young as I used to be.” But I’m only 32, so age alone can’t account for the wretched state in which I currently find myself.

Here’s the thing: I don’t drink much these days, at least nowhere near as much as I did in the UK. Being British, I naturally (genetically) found myself “binge drinking” at the weekend. Not every weekend, but most of them.

Peruvians consume a lot of beer, without doubt, but they don’t consistently drink just to get drunk (there are exceptions, obviously). So, I have become a more moderate drinker, the type of “lightweight” so often derided in British public houses. That’s a good thing, right? Yes, but when I do get properly drunk, like last night, I really feel the effects the next day.

These particularly brutal hangovers are then made one billion times worse by Tarapoto’s savage heat. Alcohol-induced dehydration is a killer here, and even if you drink eight glasses of water before going to bed you’ll still wake up feeling as wretched as a pile of sun-bleached bones in a Bedouin’s back yard. Worse still, sleeping all day (the standard escape from serious hangovers) is difficult and uncomfortable when the sun is at its strongest.

Seriously, don’t underestimate the vicious nature of Tarapoto hangovers. If you’ve got something planned for the next day, do yourself a favour and stick to the jungle fruit juices – save the two Pisco sours and eight bottles of Pilsen for a later date.