How to Get From Tarapoto to Lamas

There are plenty of tour agencies in Tarapoto offering daytrips to Lamas. However, unless you really want the additional info that a guide should provide, Lamas is easy enough to see independently. Getting from Tarapoto to Lamas is no problem at all, and doesn’t need to cost much either. 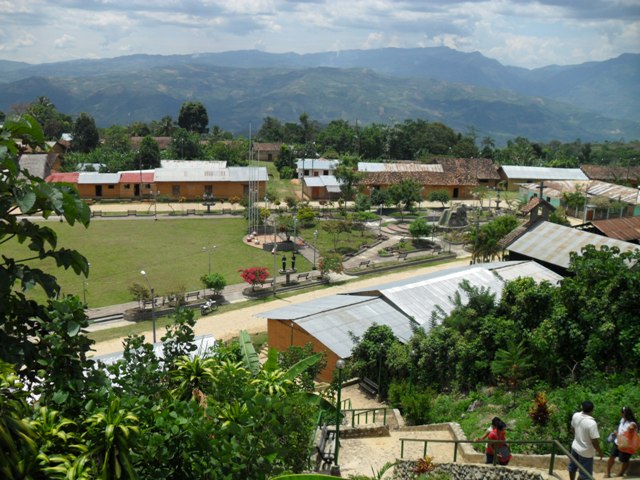 You will find plenty of shared taxis (colectivos) leaving for Lamas from a small terminal on Alfonso Ugarte (cuadra 11). A mototaxi from the town centre to the terminal shouldn’t cost more than S/.1.50.

The terminal is a basic place, just four walls and a bit of dirt where taxis wait for passengers. There are no set departure times, with each car leaving as soon as the driver has rounded up four passengers (doesn’t take long). Lamas itself is about 22 km from Tarapoto; the trip costs S/.5 per person and takes between 35 and 45 minutes (drivers sometimes make slight detours to drop off packages, feed pets, visit grandparents etc). 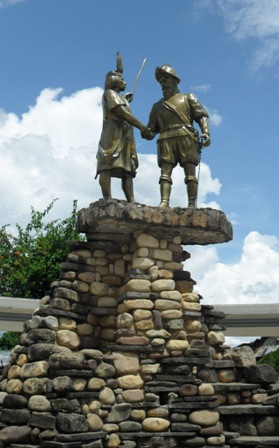 You have two basic options when you arrive in Lamas. The taxi driver can drop you off near the main square at the top of the hill (you’ll see the statue, right) from where you can start exploring the town.

Alternatively, ask the driver to let you out near the lower section of town, the barrio Wayku. The Wayku is the traditional Quechua-speaking sector of town, home to the descendents of the Pocras and Hanan Chancas.

A steep path runs between the upper and lower levels of the town, the bottom part of which comprises a lengthy series of steps that begin just off the main square in the Wayku. Head on up until you reach Lamas Castle at the top of the hill – you really can’t miss it. If you are starting from the main square on the upper level, head towards the castle and work your way down.

Getting Back to Tarapoto

There is a taxi rank a block up from the main square in Lamas. Again, taxis leave as soon as they have four passengers and the return trip costs S/.5 per person.

The same taxis can take you to the nearby Chapawanki waterfall – I was told the trip would cost S/.30, which seemed a bit steep, but gave up on the idea anyway because it started pouring with rain (if you have been to Chapawanki, it would be great if you could give some extra info in the comments section below).

On a side note, if you want to have a cheap lunch in Lamas, I recommend Rolly’s restaurant near the square. You can get a good lunchtime menú there for S/.4.