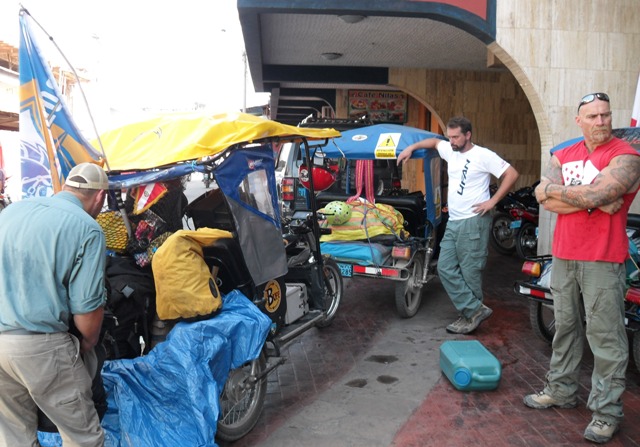 If you haven’t heard of the Mototaxi Junket, then you’re missing out on one of the world’s great road adventures. Described as “rarefied adventuring stupidity in its finest form” by The Adventurists, organisers of said event, the Junket involves going from A to B in regular Peruvian mototaxis.

In this case, A is Piura and B is Cusco. Yes, in mototaxis.

The Mototaxi Junket in Tarapoto

On September 8, 2011, three Mototaxi Junket teams arrived in Tarapoto. The following morning, I took a stroll down to Hotel Nilas, where the assembled adventurers were saddling up for the trip down to Tingo Maria.

The three teams, in no particular order of dishevelment or daringness, were: 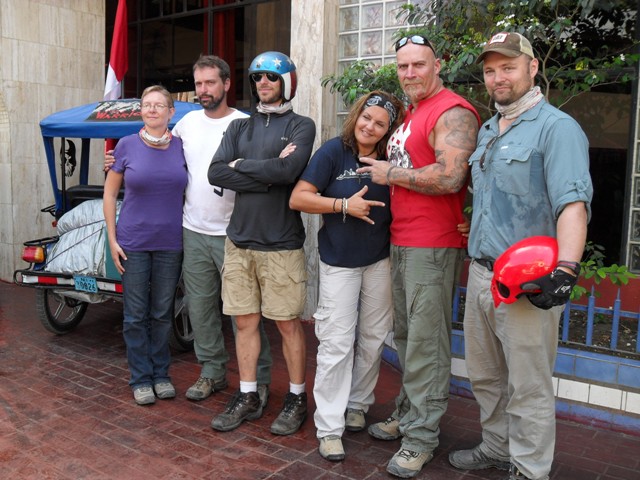 The intrepid travellers (and their vehicles) all seemed in good shape despite having come all the way from Piura in the last six or seven days. Plans for the Tarapoto to Tingo Maria leg were beginning to take shape, which was just as well considering they were all about to set off.

The Mototaxi Junket: Charity and Rivalry

The Mototaxi Junket is a charity event, with each team helping to raise money for the Practical Action organisation. That said, driving in the name of a good cause had certainly not dimmed the competitive nature of the event.

The assembled Americans (and Italian) were intent on closing the gap between themselves and some dastardly, unscrupulous, thoroughly immoral Englishmen who had already arrived in Tingo Maria. With plenty of ground left to cover between Tingo and Cusco, the trailing Americans still have time to overtake their rivals.

If you want to follow the Mototaxi Junket teams as they make their way towards Cusco, head over to The Adventurists’ tracking page. You can read more updates from the “Stars, Bars and Scars” team on their Mototaxi Endurance Race blog — maybe they’ll pass their Old World competitors… 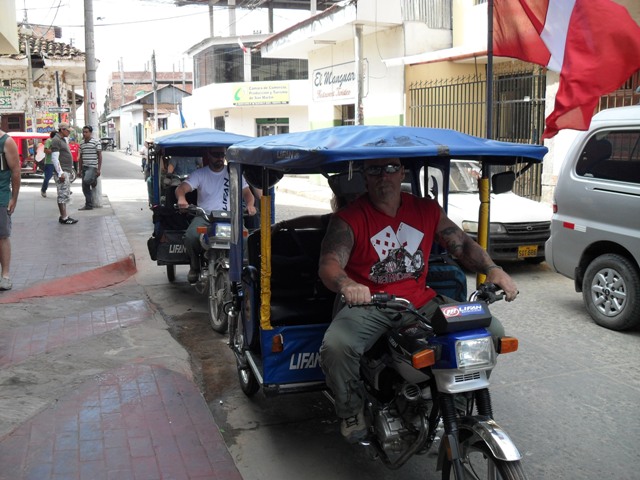 Heading out of Tarapoto on the way down to Tingo Maria.