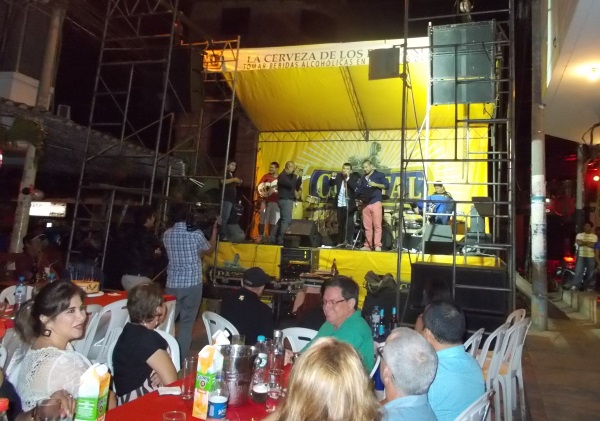 On August 7, Stonewasi — one of the most famous bars in Tarapoto — celebrated its 15th anniversary. Chino Armando, founder of said establishment, was in typically indomitable form as he took to the stage located at one end of the closed-down street — a street he had somehow convinced the local authorities to shut down to celebrate his and his bar’s birthdays (happy birthday Chino Armando!), which somehow coincided.

An eclectic mix of bands did an excellent job at creating a party atmosphere, including a solo stint by Damaso Martinez Linarez (one of the best singers/guitarists I’ve seen in San Martín and owner of La Tangana bar). There were also frequent appearances by Chino Armando himself, his increasingly gravelly voice rumbling through the warm night air like a giant gargling rocks.

Anyway, most of the bars in the calle de las piedras (second block of Jr. Lamas) put seats out in the street, including Suchiche Cafe Cultural and our own Huascar Bar. Everyone got drunk. I got drunk. And I took some photos. 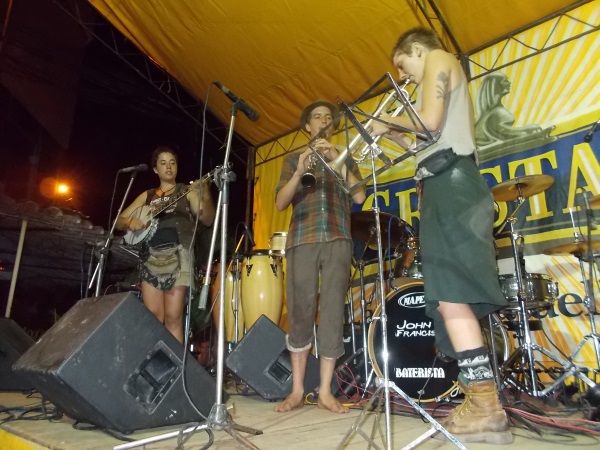 Bare feet, brass and banjos combined to bring plenty of quirky class to the proceedings…. 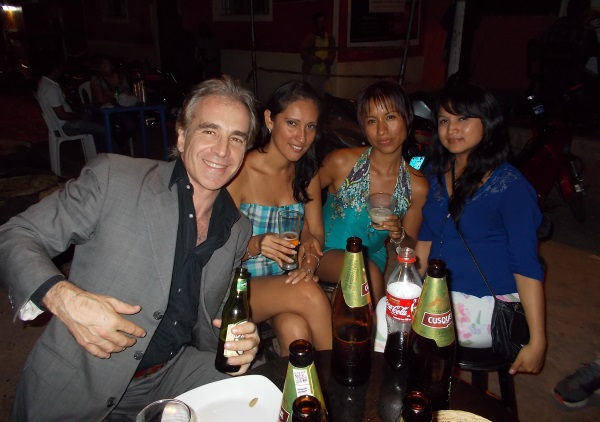 Meanwhile, back at the Huascar Bar, seats were out on the street and a friendly Italian man was doing what Italian men do best (according to Italian men). 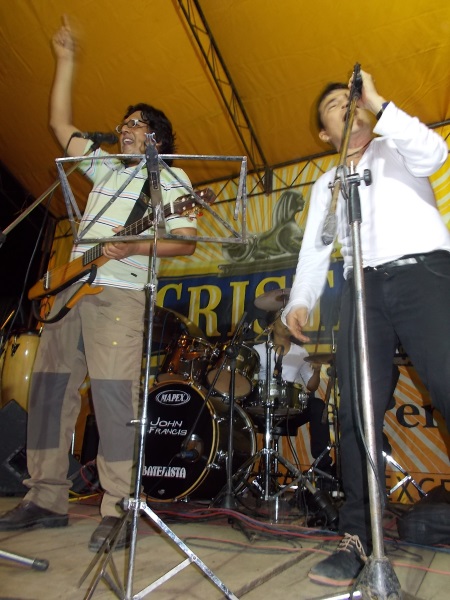 The stage in all its glory. 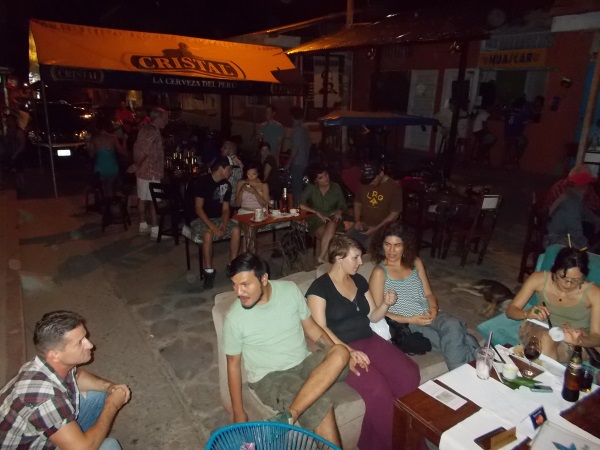 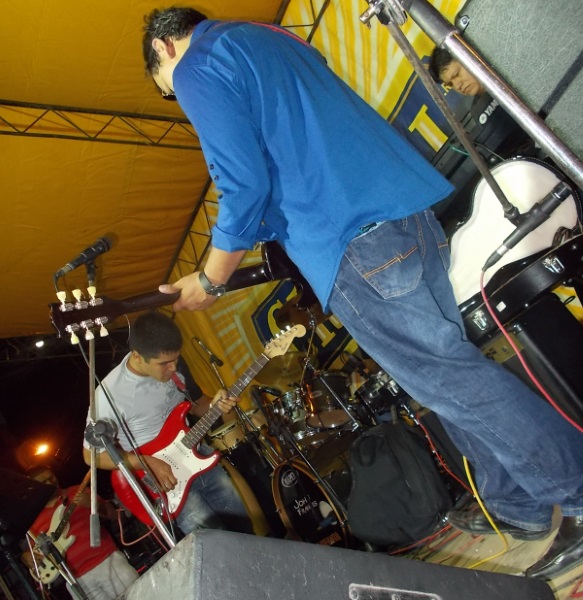 I can’t remember what this band was called. To be honest, I was quite drunk by this stage and barely even remember the band.

So there you have it. Happy birthday Stonewasi, happy birthday Chino Armando and happy birthday to my better half, Katty, who also celebrated her birthday on the same night. I have plenty of photos of her, either cutting cake or covered in cake, but such things aren’t appropriate for a cerebral blog such as this.

All photos © Tony Dunnell (yeah, that’s right, it means you can’t steal them. Well, you can, but you shouldn’t).