Tarapoto will celebrate its 232-year anniversary on August 20. As always, there are quite a few events taking place throughout the month — and, as always, not all of them are well publicized.

The municipality’s Tarapoto Está de Moda (“Tarapoto is in Fashion”) initiative is central to the whole anniversary celebration schedule. It actually began on August 9 with the Miss Tarapoto 2014 event at the Concha Acústica, and will continue with:

I saw the Miss Tarapoto event the other night, so I can tick that one off the list. The book fair will be worth a browse, but I’ll probably skip the desfile.

But what I’m really looking forward to is the Feria Gastronómica Mishtu Mikuna, to be held at Tarapoto’s Municipal Stadium. The food fair is supported by Mistura, which is generally a good sign.

You can see the full schedule below (click to enlarge), so I won’t go through the whole thing. But I will draw your attention to Danny Shain, a genuine US country artist who lives in Tarapoto (here’s some of his music on Soundcloud). In terms of food, it looks like Caja Criolla will be at the fair — if so, I highly recommend their caja china-cooked pork, for me the best pork in Tarapoto.

I’ll be spending a day at the fair on Sunday, August 17 — hopefully I’ll see some of you there…. 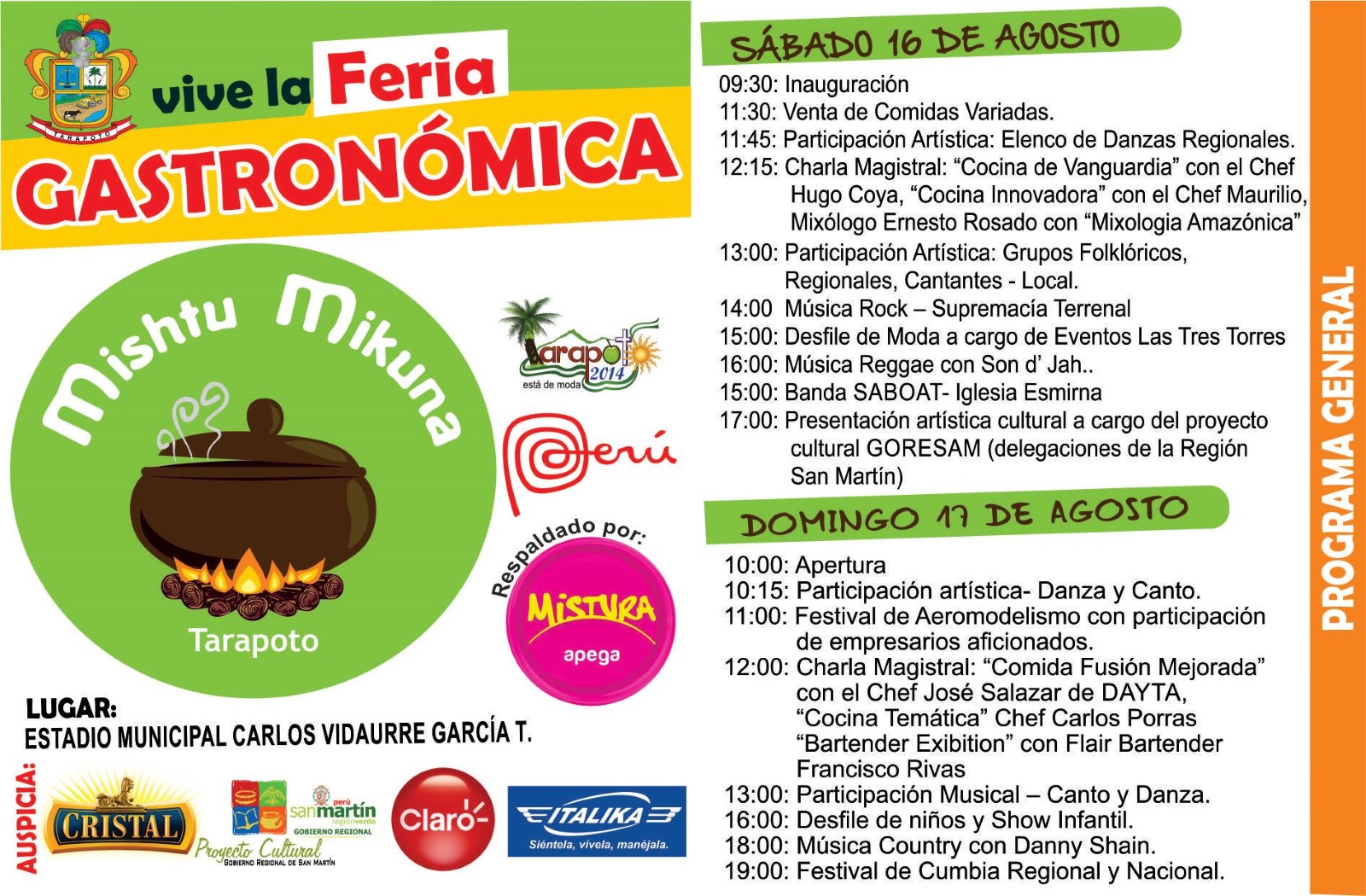 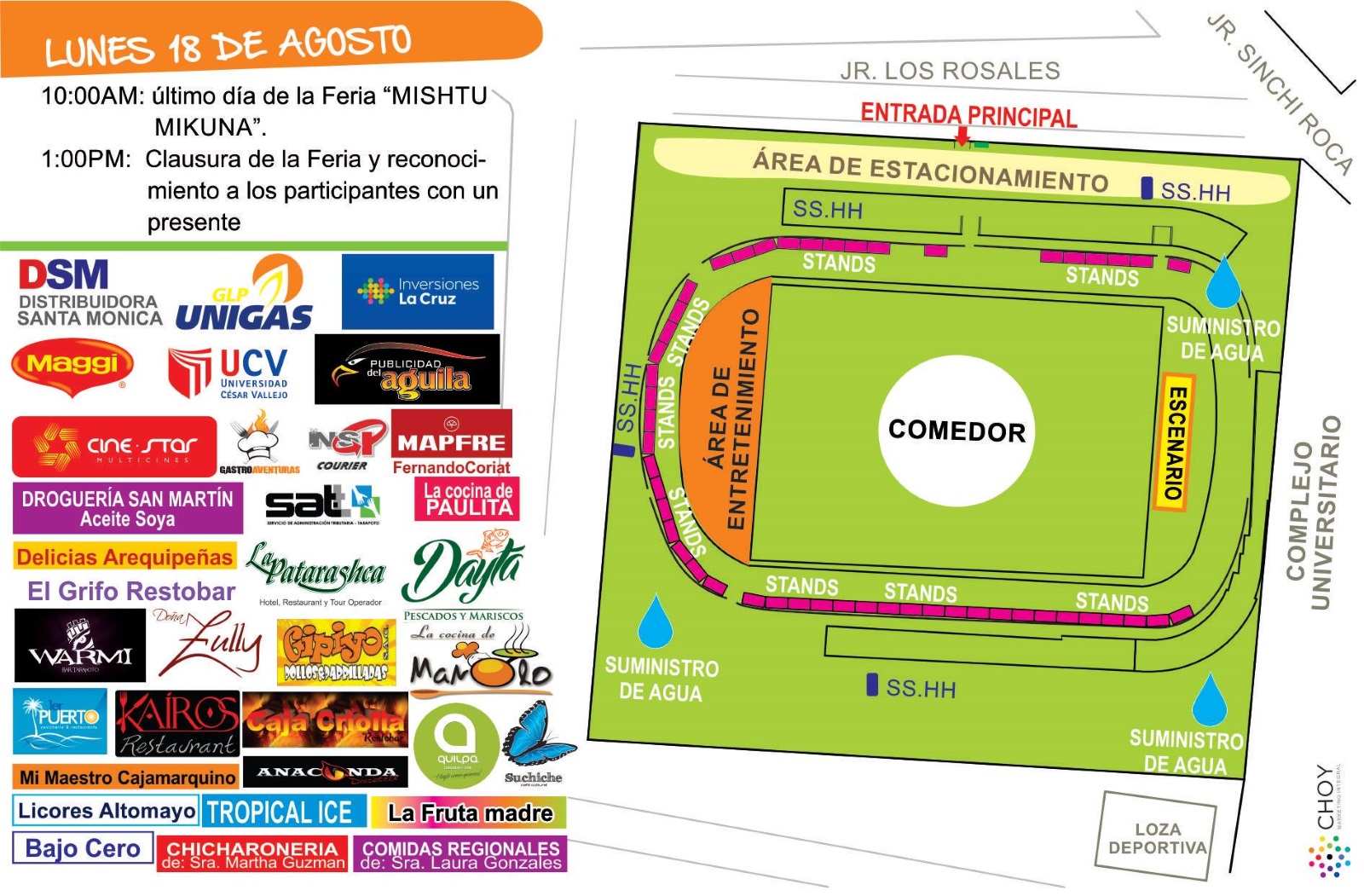