The Best Bars in Tarapoto 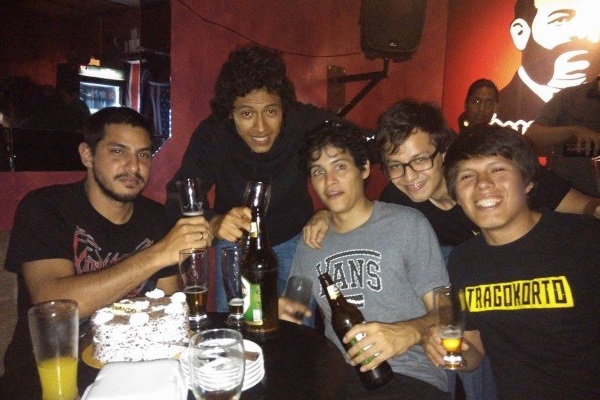 If I had to plan a pub crawl in Tarapoto, the following bars would all be on my list. It’s a completely biased point of view, tainted to differing degrees by beer, friendship, good times, and shameless self-promotion. So feel free to add your own favorites in the comments section below.

Oh, and if you’re new to Tarapoto and don’t know where things are — or if you’re just too drunk or stoned to remember — I made a little pub crawl map (I’ll probably add more bars in the future). 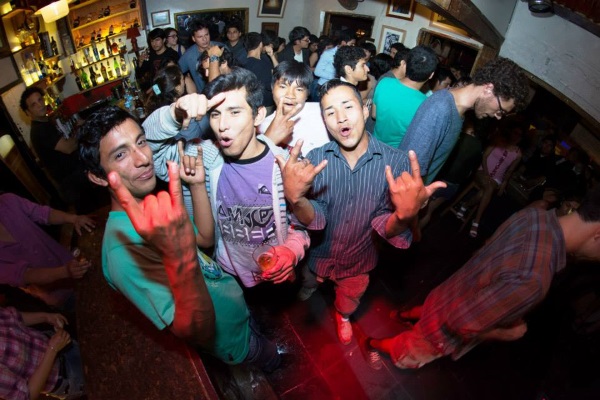 Stonewasi is a Tarapoto institution. Block two of Jr. Lamas (a.k.a Calle de las Piedras) is now full of bars thanks to the influence of Chino Armando and his seminal bar, a place that gets packed with a mixed crowd of music lovers, boozers and people who don’t mind talking despite that fact that no one can hear what they’re saying. Yeah, the music is often too loud, but that’s fairly standard here. And at least the music is good, with plenty of live acts too. Jr. Lamas 218; www.facebook.com/stonewasi.tarapotoperu 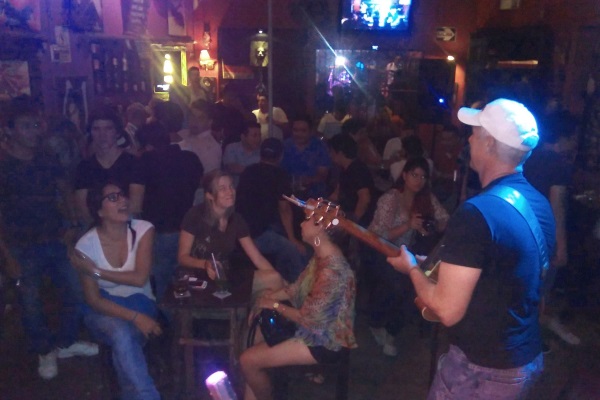 Warmi has cut out a nice niche for itself away from the other bars on Calle de las Piedras. It’s a warm and comfortable place on Jr. Augusto B. Leguia, about five blocks up from the Plaza de Armas. The bar is well stocked and welcoming, and it’s now one of the best bars for live music in Tarapoto. Jr. Augusto B. Leguia 563; www.facebook.com/warmibar 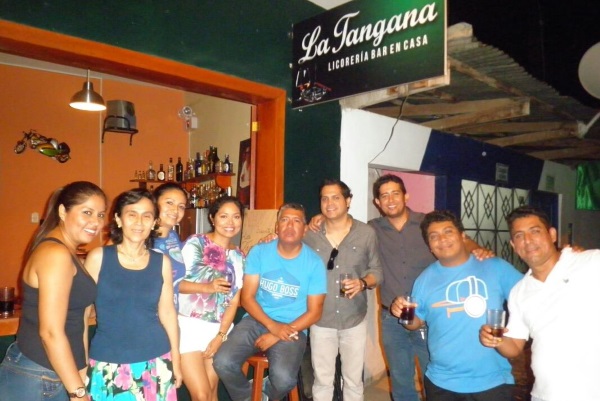 La Tangana is owned and run by the super-friendly Damaso. The bar is built on to the front of his family home, so the atmosphere is friendly and very relaxed. When you want to have a chilled-out conversation without loud music and traffic noise, this is one of the best places to go. The bar also has great views across La Banda and beyond. Jr. San Pablo de la Cruz 569 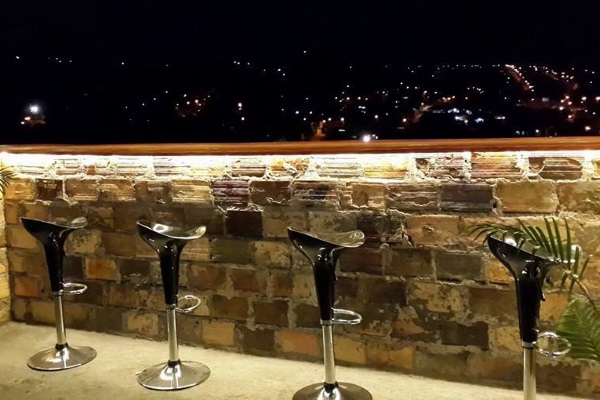 (NO LONGER OPEN) I normally shy away from anything that calls itself a “lounge bar” — especially when talking about pub crawls — but this place is cool. I’ve only been to Ashkita a few times, but it has a good vibe, not too loud, not too busy, and not too expensive. And it has excellent views across La Banda. Jr. Manco Capac 532; www.facebook.com/ashkitabar

Keeping it real at Huascar Bar

I’d start and end my pub crawl at Huascar Bar, partly because it’s owned and run by my wife and I (she does more of the running, I do more of the drinking). I’m obviously biased, but Huascar is a sweet place to drink. It’s a gringo hangout, but popular with the locals too. It used to be a tiny little place tacked on to the end of the bar strip on Calle de las Piedras, but we expanded the bar in May 2015 and it’s now much bigger. If you want a beer, you’ll normally find me there at the weekend. Jr. Lamas 244; huascarbar.com; www.facebook.com/huascarbar

There are loads of bars in Tarapoto these days, some good, some bad, some somewhere in-between. So, as mentioned above, feel free to recommend your favorite bar(s) in the comments section.

And if anyone ever wants to do a pub crawl, let me know…