Where to Change Money in Tarapoto 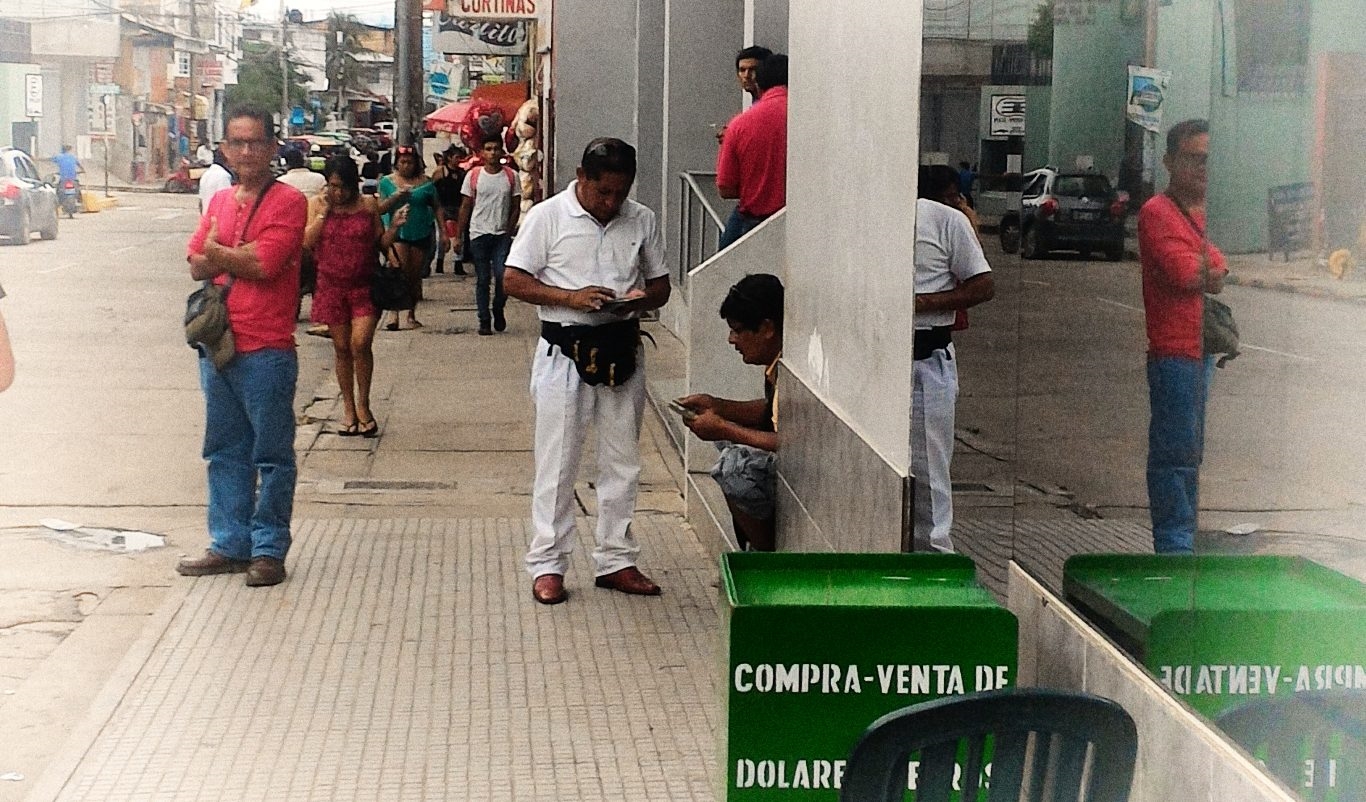 Money changers outside the Banco de Credito in Tarapoto. Photo by Tony Dunnell.

When I want to change soles to dollars or vice versa in Tarapoto, I go straight to the money changers who hang out along block one of Jr. Maynas, just off the Plaza de Armas. They normally stand around on either side of the street near the Banco de Crédito del Perú (BCP).

More specifically, I go see the Man in White. Now, I’ve occasionally had to change money with some of the other 20 or so money changers along the block, but if the Man in White is there, he’s my guy. He nearly always has a good exchange rate, far better than you’d get changing money in one of the banks, and he’s a real pro.

You don’t need to worry about fake banknotes or any of that stuff with the Man in White. He’s friendly and efficient, he can change large amounts, and he’s almost always there near the bank, especially between 9 a.m. and midday.

He’s also easy to spot, because, yep, he always dresses in white. So if you need to change dollars, be it $100 or $2,000 or more, go see the Man in White. And tell him Tony sent you, just because I told him I’d send people his way. 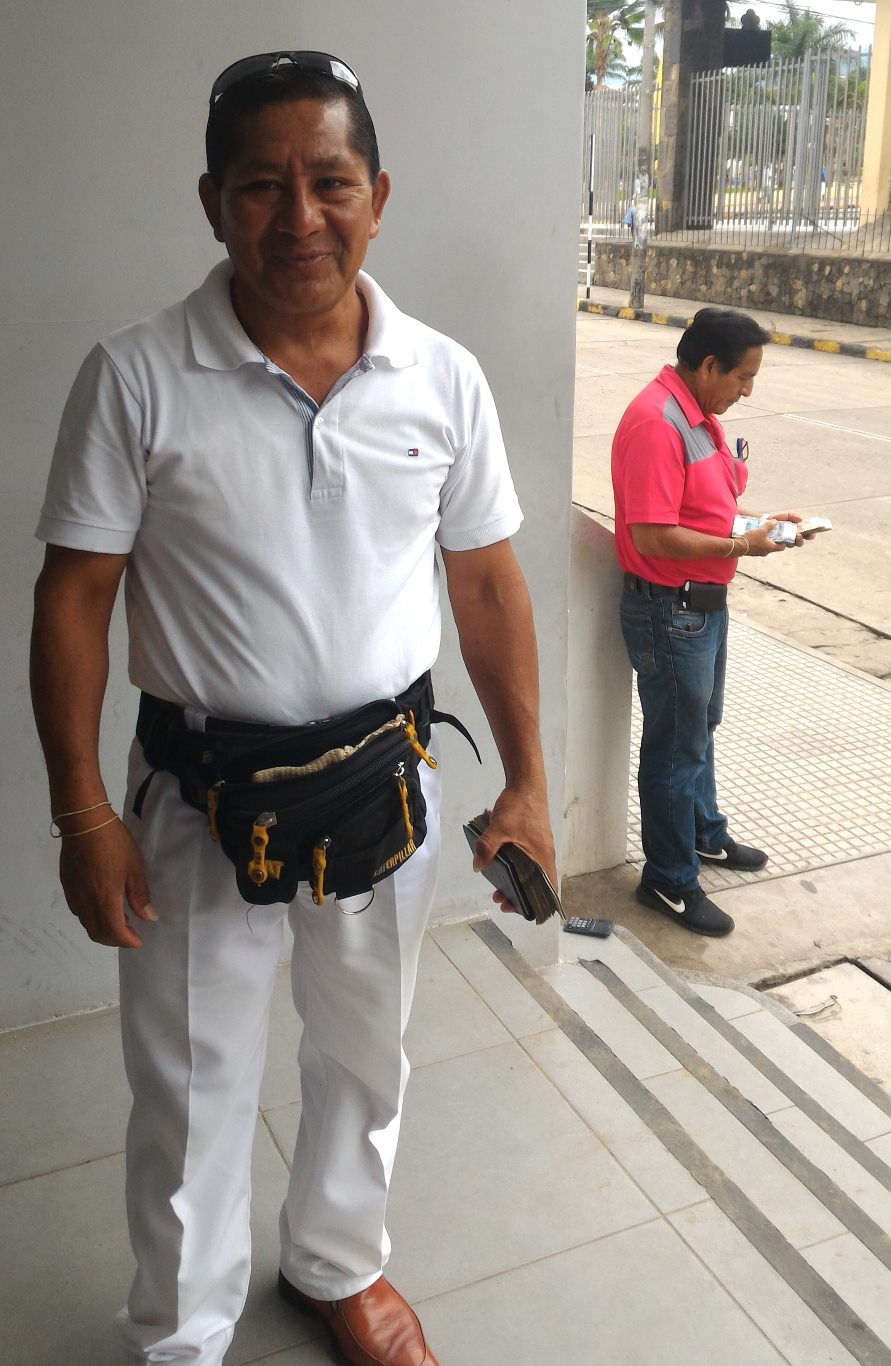 The Man in White can change your dollars in Tarapoto. Photo by Tony Dunnell.